Watching Jaane Tu Ya Jaane Na As An Adult Showed Me How Wrong We Were About Meghna! 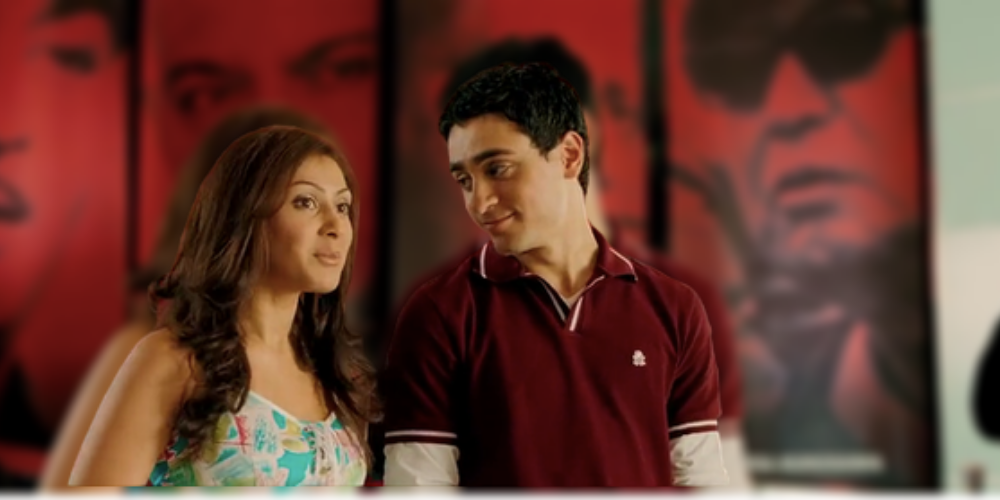 I watched Jaane Tu Ya Jaane Na as an adult and I realised Meghna was a broken woman, seeking empathy and love. Should we have rooted for her?

I was 16 summers old when ‘Jaane Tu Ya Jaane Na’ hit the theatres. Far away from the cliched rom-com, yet close to new-age romance, this movie came as a breath of fresh air.

Most of us never felt empathetic towards Meghna back then. We just kept rooting for the lead characters, Jai and Aditi and hoped they would unite in the end. And like most people, even I rooted for the lead pair.

Watching it as an adult, changed my perspective

However, very recently, I stumbled upon Jaane Tu Ya Jaane Na on an OTT channel. As I started watching the movie, something really strange happened. I realised that Meghna, who was once my crush, was way more than that. She was a broken woman, seeking empathy and love.

Meghna came from an affluent family and she had everything but empathy and love. When she found out about her dad’s extramarital affair, just like her mother, she couldn’t handle it either. While she knew her father was wrong, she was helpless in that situation. She loved her father but she also loved her mother.

With no shoulder to lean on and no one to listen to her, she spent all the terrible night, all alone in her room, listening to her parents’ fight. There’s this one scene where she painfully tells Jai, ‘The two people I love the most in the world were miserable. All because of me.’

She decides to interpret things differently

Very easily, she takes the blame on herself, despite not being the reason for anything, to begin with. From then on, she practices staying away from reality and starts imagining that her parents were really happy and in love with each other. Gradually, she finds solace in the world of assumptions and has no choice but to interpret things a little differently.

Whether it was overlooking her alcoholic father’s eccentric behaviour in front of Jai or her mom’s pain behind a straight face, she chooses what she sees. Meghna sees things the way she wants to, explaining the most common things on the street in as magical a way as possible.

She calls this the ‘What’s this?’ game and only plays it with people close to her. While Jai and his friends find this funny, for Meghna, it was beyond a simple game. It may have been a game of hide and seek for her. All she wanted was to hide the painful reality and seek a different meaning by shutting her eyes and opening up a world where she never belonged.

All she needs is someone to listen to her

In the very first scene where we see Meghna, she is being harassed by two men. That scene, while scary, brilliantly captures how helpless she really is. However, the introduction goes quite unnoticed when Jai rescues Meghna from the men, all thanks to AR Rahman’s background music.

This was one of the most important phases in Meghna’s life. She was desperately in need of an empathetic shoulder and her prayers were answered when Jai entered her life.

Soon after, they go on a walk after realising how much they like each other. And it is on the walk that Jai is introduced to Meghna’s imagination through her game. While Jai wants to spend more time with Meghna, he doesn’t have the courage to ask her out and is delighted when she asks him to join her for a movie the next day.

Just when things are going fine for Meghna and Jai, Aditi gets engaged to Sushant making Jai extremely jealous. Though he tries not to care much about it, things only get worse when he sees Sushant and Aditi kiss.

He never really loved her

Throughout the movie, we see Jai as a modern-day, independent Gandhian, a feminist and a product of great parenting. However, when it comes to Meghna, he isn’t the same Jai, in fact, he becomes more self-centred.

When Meghna tries to cheer him up, the Gandhian and non-violent Jai chides her for ignoring reality. He blames her for neglecting the friction between her parents.

Jai never loved Meghna. Even when she breaks down thanks to his harsh behaviour, he only gives her an apathetic hug. All he seems to want is to bring her out from her imaginary world where she believes her parents are in love.

I think, had Jai been in love with Meghna, he would’ve tried his best to help her transform her life. Meghna wasn’t ready to open her eyes and face reality. On the other hand, Jai only wants her to do that, causing her further grief.

I hope she’s happy ‘cos she deserves it

The most heartbreaking scene for me was when Jai breaks up with Meghna leaving her all alone, bereft of hope and happiness. Because Jai has never loved Meghna. He loved Aditi and Meghna was the one who fell prey to his ego.

After he breaks up with her, Meghna bids him adieu with a kiss and a smile that was probably more painful than tears.

Never have I ever felt so bad for a character, and today, wherever Meghna is, I hope she is happy with a life that is full of happiness. Because a strong woman who has gone through what she did, Meghna deserves all the happiness.

A version of this was earlier published here.

The post Watching Jaane Tu Ya Jaane Na As An Adult Showed Me How Wrong We Were About Meghna! appeared first on Women's Web: For Women Who Do.