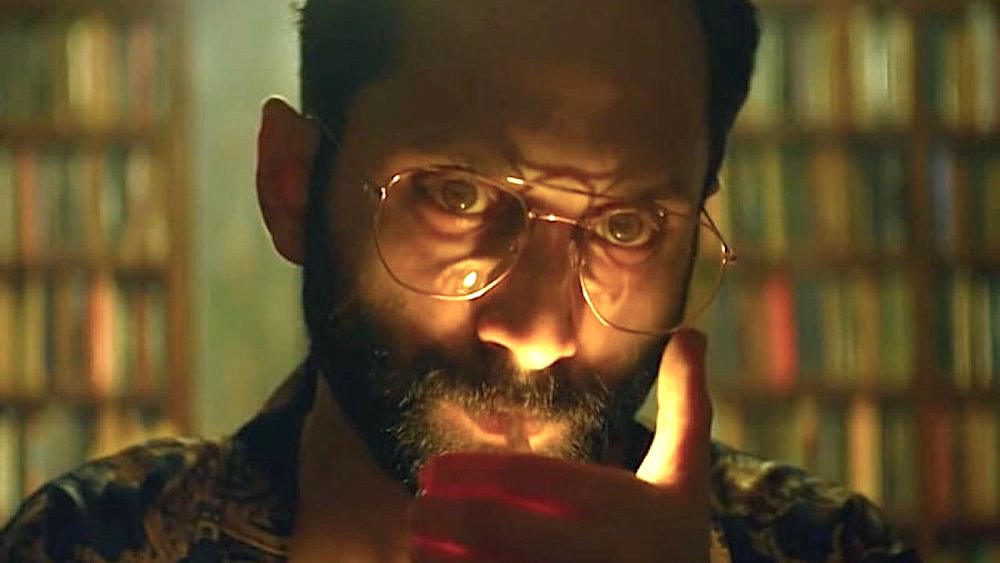 By this point, the film has already established that Archana is not a stereotypically ‘perfect’ woman. The question is whether she will be punished or rewarded for it.

The Final Girl trope mainly used in horror films depends on a woman who according to this source ‘is the living embodiment of stereotypical conservative attitudes of what women “should be”—virginal, subservient, untouched by the menace of the outside world.’ Quite the ‘good girl’ or ‘sanskaari woman’ stereotype fed to us by traditional Indian mindsets, and ‘is a heroine left at the end of a horror movie’ or a slasher film.

It has to be a woman because the male gaze fetishizes the terror of women. The female character has to survive the longest because there is a need to watch her terror for as long as possible. And it cannot be just any woman – a ‘pure’, virginal woman who fits the societal ideal of what women should be like is necessary. This woman usually lives to tell the tale, while the other characters, including ‘immoral’ female characters, die.

Movies made by men for the male gaze, that fetishises a woman’s terror

Most movies, including slasher movies, are made by men. Therefore, it is no surprise that whether a woman deserves to survive is inherently tied to whether she is as ‘pure’ as expected by the male gaze.

For instance, the horrifying Tamil film, Manmadhan has the ‘hero’ (as in the makers of the movie genuinely want us to think of his actions as understandable) murdering women guilty of infidelity. His love interest is a ‘good woman’ and of course he does not kill her.

Another film that punishes unmarried, sexually active women is Mrs. Serial Killer. The serial killer whose modus operandi is murdering unmarried, pregnant girls escapes at the end of the film. And he even gets a sympathetic backstory! He has already murdered six girls, and while his seventh victim does survive, it is deeply problematic that we are expected to sympathise with the main character whose loyalty to her husband makes her abduct and almost murder a girl, because she believes her husband possibly cannot be guilty. She is still the ‘good woman’ who does not die at her husband’s hands despite being attacked by him.

Many films have attempted to give this idea a fresh spin. Unfortunately, Irul is not one of them.

The heroine of Irul does not fit the traditional (and patriarchal) Indian mould of ‘morality’. Archana is fascinating, confident, and successful. She is not obedient. She does not let her boyfriend make all the choices. And the movie makes that the reason for her end.

When Irul starts, we are told the story from the perspective of Alex. He has published a book, but his girlfriend, a successful lawyer, hasn’t had the time to read it yet. We are shown his disappointment at her picking up work-related calls while on their date. She is the quintessential ‘career woman’.

That is how we are introduced to Archana – as a woman who seems to be too busy to spend quality time with her boyfriend. However, she deals confidently and kindly with her boyfriend’s sulking, and that is how she ends up agreeing to a weekend getaway with someone she is not married to (the fact that they are not married is a specific observation made by the stranger they end up meeting). And she is not afraid of drinking wine.

By this point, the film has already established that Archana is not a stereotypically ‘perfect’ woman. The question is whether she will be punished or rewarded for it.

Archana is the sort of person who is always up for debates and interesting conversations. She challenges the stranger they meet during their trip, when he insults her profession for converting lies into truths. And she has a lot of strong opinions that she puts across eloquently. For example, she argues, “See … something that is common between truth and lies are facts. Lawyers try to bring forth those facts!” Is she being punished for this bold statement later on in the film when she is forced to distinguish between the truths and lies with the facts she has?

After a while, the movie suddenly shifts gears, and we, the audience, now have to identify with Archana. A dead body has been discovered, and Archana is the only person in the house who does not know who the real murderer is. We feel her fear and desperation at the realisation that either her boyfriend or the stranger she has just met, is a murderer. It is her terror that the movie focuses on as she tries to figure out which of the two men is telling the truth.

Be ‘pure’ or be punished

The crux of the story is the question of whom Archana will choose to trust. And she makes the wrong choice. Her boyfriend makes several choices that make her understandably suspicious of him.

At one point she exclaims, “Now give me a chance to do it! Let me handle it, Alex!” And of course, at the end of the film, she ends up trusting the wrong person and kills her boyfriend. She is the final girl standing, but she is an ‘immoral’ final girl (as I elaborated in the previous section). So, she does not get to survive. The ‘imperfect’ woman who chose to take control must die.

Archana’s boyfriend makes foolish choices too, but those happen earlier on and we do not remember them by the end of the film. After all, it is her choice that directly leads to the final act. Her boyfriend pitifully asks her to leave as he is dying, and it is easy to wonder why she did not just listen to him the whole time.

It is especially disturbing that the penultimate image that the movie leaves us with (before the image of the house flashes on screen), is one of Archana’s face looking directly at us, crying out of fear and guilt, while the killer’s face is right behind hers. During the credits, we learn via a voiceover and newspaper clippings that she did not make it out alive.

The ending reminded me of something one of my undergraduate philosophy professors said about movie endings that have the oppressed defeated by the oppressors. He said that they are not empowering, and he was right. Such endings may be realistic, but they are definitely not empowering.

While the portrayal of the oppression needs to be accurate, we need hope that we can change the present hierarchical structures. I would like to believe that that is not an unrealistic thing to hope for. And an ending that has a strong woman fall prey to a man who talked about killing women out of curiosity, does not give us the hope that we want.

The post Why The Ending Of Irul That Played On The ‘Final Girl’ Trope Was Disappointing appeared first on Women's Web: For Women Who Do.