My Motherhood Is NOT Defined By The Bindi, But By My Love! 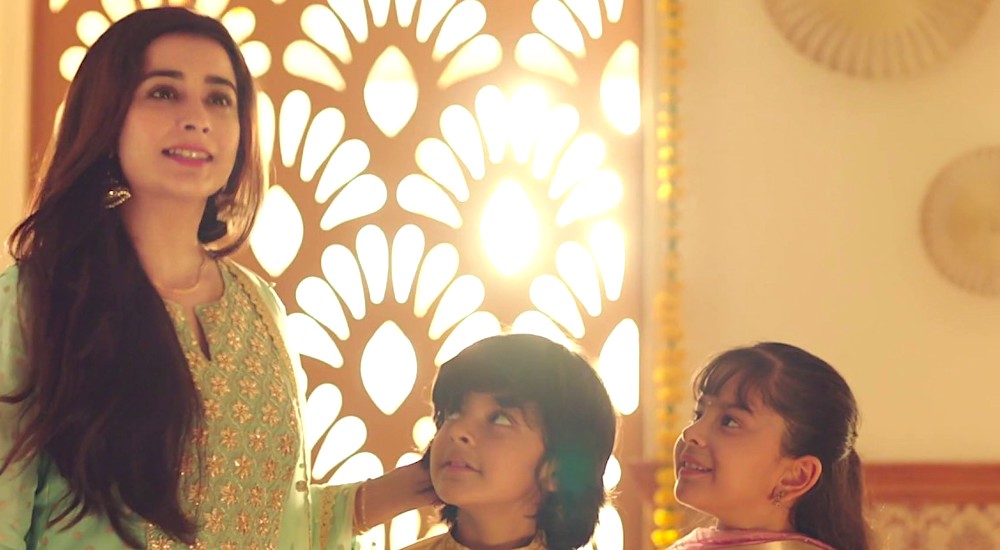 Even today, the uncle living next door thinks it is extremely uncultured and ‘bold’ if I wear jeans or trousers as a divorced mother.

The very next day after my marriage, my MIL approached me while I was brushing my hair after my bath. With an authoritative voice, she almost commanded me, ‘Listen, wear a big red bindi since the guests are coming to see the new bride. And don’t forget to take the saree’s anchal over your head. A new bride’s uncovered head is seen as a symbol of being adamant and bold.’ She tried to explain it to me in a very harsh tone.

I remember how much I hated when my mother covered her head in the hot summers while sitting in her in-laws’ kitchen. She would cook all kinds of delicacies for them during all festivals and special occasions, only to eat the leftovers in the end.

I kept scolding her for being so tolerant of these stupid norms that found no place and seemed meaningless to me since I was a kid. In fact, I failed to understand why a financially independent and strong woman like her did all this.

I never understood it till reality hit me hard!

She simply said that she respected her elders. But I never understood why did she have to compromise with her lifestyle and what that had to do with disrespecting the elders? This question kept hovering in my teenage mind.

I was born and brought up in a regular middle-class Bengali family. Thus, I knew that the signs of motherhood were the shankha pola (bangles that Bengali women usually wear) and the majestic red dot (bindi) on their forehead. We have our Devis (Durga and Kali) putting these on as signs of power and motherhood as well. This is what we were taught since we were kids.

I never knew that this perception of mind would be shattered in the days to come. Reality hit me hard when I got married in an ordinary household with a very orthodox MIL.

Why couldn’t she just say it to my face?

My brother-in-law was two years older than me and was very affectionate towards me. He would treat me like his own sister and would often buy hawa mithai (candy floss), fuchkas and glass bangles from the hawkers who crossed our house.

Oh, how I loved the glass bangles! One day, I was matching the colours of the bangles to my new salwar and was about to remove my shankha pola from my wrist since it didn’t really match. That’s when my MIL came running and said, ‘What are you doing? It hasn’t been a year since you got married and you want to bring disgrace and bad luck over my son?’

I kept thinking how merely removing bangles would bring bad omens on her son!

But that wasn’t it. Every time my MIL saw me going to the washroom at night in my shorts, she would make it a point to remind her son about my ‘vulgar’ dressing sense. I believe nightwear needs to be comfortable and as someone who’s grown up wearing trousers and capris, I can’t sleep in a saree.

The thing that I hate the most is when people talk or taunt you behind your back. If you have a problem with me, you are free to come and talk to me to my face, not behind my back!

Being a mother is much more to me

Days passed and my friends know that I’ve been divorced and stay with my parents and my five-year-old son. Now, as a divorced woman, I had to remove the vermilion and the bindi off my forehead forever.

My tiny toddler kept asking me about the missing vermilion and bindi on my forehead as he had seen it on his darling granny’s forehead. I told him this was because his Mumma was still not a grown-up but a child at heart like him and his best friend. His innocent mind took that explanation as it was and ran off to play.

With time, my perceptions also changed and I realised that being a mother wasn’t just putting the big red dot on the forehead. However, I still loved how my mother’s beautiful face looked with a bindi on it.

Being a mother is having a big red heart for your tiny creation, it about having a lioness’ heart to protect your baby from all kinds of harm. I realised that being a mother was educating your child with all your experience and knowledge while making him reach for more.

Being a mother is being powerful enough to bring up an entirely new human into existence and make him love and contribute socially.

Shouldn’t these be choices?

Wasn’t Mother Teresa the mother without the big red dot on her forehead? All she had was a big red pulsating heart that felt for the thousands of helpless children around her.

At the same time, aren’t the ladies in the Army, Air Force and Navy respectful towards their country? Which saree ghoonghat covers their heads on the battlefield?

Don’t the women football and tennis players wear shorts on the courts? Are they wearing vulgar clothes? Their clothes are practical and help them move faster while being comfortable.

We need to break these rotten rules

There was another incident that happened to me a while ago. We had the Lakshmi Pooja (a Pooja conducted a few days after Durga Pooja) in our neighbourhood. My boudi (sister-in-law), who loved my son and me dearly had invited us to attend the pooja.

After attending to some hectic household chores, I decided to go help boudi with some decorations and cutting the fruits for the prasad with my son. Suddenly, I heard Thakurmoshai (the priest) asking my son, ‘Who is she? Does she take care of you at home?’ while pointing at me. I was taken aback at the statement as my son introduced me as his mother.

It took me a few seconds to realise why the priest’s perception bothered me so much. He expected my son’s mom to be in a laal paar sada (white saree with red border) saree with sindoor and alta (traditional red colour for a Bengali woman’s feet). The priest probably expected me to look like what a ‘traditional’ woman does on Lakshmi Pooja.

Let the woman be who she wants to be

Why can’t I wear a kurti even though I am a mom on Lakshmi Pooja? Why should that make me look like my kid’s governess? (Not that there’s anything wrong with how a governess looks!) Even today, the uncle living next to my house thinks it is extremely uncultured and ‘bold’ if I wear jeans or trousers as a divorced mother.

I believe that this age-old rotten norm of forcing signs and dress-codes on women against their wishes need to be stopped! It needs to be the woman’s choice whether or not to embrace the get-up as a traditional newly-wed woman or mother or not to do so!

If a woman wants to wear a dress, trousers, skirts, society needs to stop judging her and needs to let her be herself! 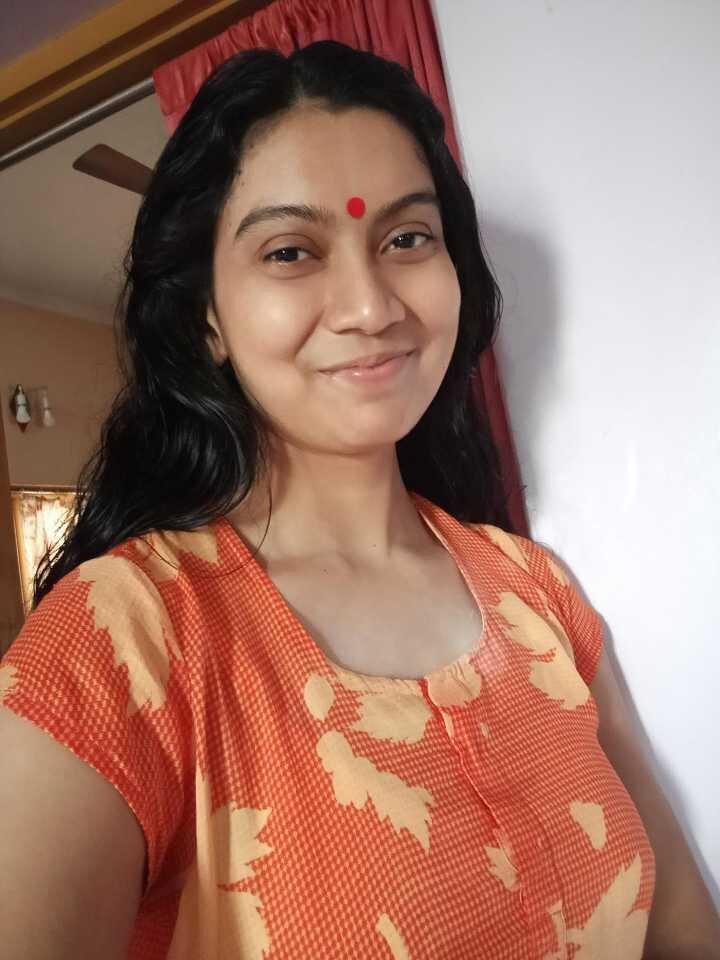 My son often loves putting a red bindi on my forehead every now and then and calls me Maa Durga and himself my little Ganesha. And I enjoy every bit of it! Let his innocent self grow up with the mother’s image, similar to the one I grew up with and realise that a mother’s heart is much mightier and loving than the red dot on her forehead!

The post My Motherhood Is NOT Defined By The Bindi, But By My Love! appeared first on Women's Web: For Women Who Do.