Having Been In An Abusive Relationship At 17, The Latest Instagram Trend Triggers Me! 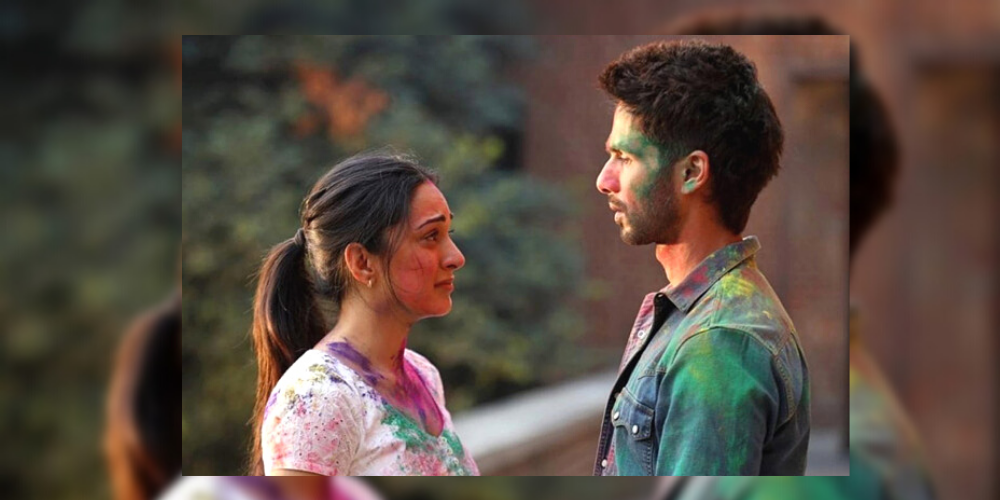 As someone who was in an extremely abusive relationship in her teens, the latest Instagram reels trend brings back too many painful memories.

Trigger warning: This post contains details of verbal abuse and threats of suicide which may be triggering to survivors and certain audiences.

Last year when the pandemic was at its peak (not that it’s gone down since), like almost every person with an Instagram account, I also got hooked to the reels! There was just something about watching people be silly, encouraging, funny and cooking in that short span of 15-30 seconds.

Then there were all the reel trends that were going on. From pranking your pets to having fun with your SO to posting hacks, these trends have kept me entertained thoroughly.

However, there is a current trend that is bothering me more than it should – the one where you make ‘inspirational quotes’ of things someone has said to you. Now that’s all fine and good when you do it about the trolls or the things your sibling has said to you.

But there are things you absolutely don’t say!

But when it comes to your partner saying something incredibly mean or degrading to you, why would you want to stay in a relationship like that? (I mean, I do get how tough it is to get out of these relationships but making videos isn’t really the solution, is it?)

Okay, I get it – people say mean things during arguments, they do. However, when someone says something that is borderline awful and demeaning or even threatening, why do you want someone like that in your life?

Let me give you an example – some Instagrammer posted one of these videos where her fiance says things like ‘Psycho,’ ‘Crazy bitch,’ ‘Chup kar na! (Just shut up!)’

I know, I know – these seem like things you say when you’re mad. But honestly, let me tell you why these things trigger me so much.

It brings back too many memories

I must’ve been 17 or 18 when I had my first actual boyfriend. It was a thrilling experience to be with someone who was older than me and much more ‘worldly-wise.’ And I absolutely couldn’t believe that someone would want to date me! (Thanks, depression!)

I wasn’t particularly serious about this ‘relationship’ given how I was just a teen. And also since my ideas of romance and love came from the books I’d read or the things I’d watched.

My feminist ideas were just developing and for a long time, I didn’t really realise how toxic and abusive that relationship was. It took therapy, my best friend and a whole mental breakdown to understand what the problem really was.

I remember this one time, a few months into this ‘relationship,’ I was meeting a guy friend of mine. And as he left, we hugged goodbye – a totally normal thing to do, in my opinion. Turns out, it wasn’t.

My boyfriend was so furious, he actually yelled at me. That was the first time, this sweet, nice boyfriend of mine had yelled at me. (Thinking about it still gives me goosebumps).

He yelled and I was visibly shaken and I think I started crying. As he saw my reaction to it, he came close to me and hugged me. He even told me that the only reason he got so mad was that he ‘loved me’ and that he was very possessive of me. (Yes, I, too, was fed the idea that if someone loves you, they’re possessive)

It was all hell from there

So, I thought of it as a one-off incident and focussed more on the fact that he had just told me he loved me. With all that in mind, I let it go. And it was probably the biggest mistake I made because things only worsened from there.

The next few years were as close to hell as I’ve been. Soon, the yelling and the name-calling became a regular occurrence and it was followed by declarations of love and gifts! I’d distanced myself from my friends and I was constantly yelled at if I spoke to people he didn’t like.

If I dared to call him out or tell him off, I would be called multiple names in multiple languages. As if it wasn’t enough, I was also threatened with suicide if I thought of leaving him.

Now you see why I have an issue with the trend? It brings back too many memories of a time in my life where I was young and vulnerable. And had someone I believed I was in love with, constantly making me feel like absolute shit!

I was constantly told I was the problem!

Being in an abusive relationship is no fun at all. It is quite possibly the worst thing that can happen to you, your self-respect and your mental health. It took me a few years to get out of that relationship simply because I feared for my life and his if I were to leave him.

Every time we had an argument, he’d gaslight me into believing that it was all my fault. In fact, the most minor things or problems in his life were also my faults. I had guests at home and couldn’t meet him? My fault and the ‘punishment’ for all this was severe verbal abuse.

I had classes at college and couldn’t text him? My fault for wanting to study and since I was just a s*** for who wanted to sleep with one of my professors. I wasn’t allowed to have any ambitions.

When I’d begun planning an internship in a different city, he threatened to sabotage my application so I didn’t leave him. I had to be where he was so he could keep an eye on me. (Healthy relationships, what?)

At 17, I was gaslit into believing it was all my fault

And all of this was just the beginning of it all. For the next two years, this man tormented me. He pretty much took over my life and if I even thought of ending things, I was met with threats of harm to him and me. I feared for my life.

Now before anyone even wonders why I did nothing about it – well, I was 17 when it began and 19 when it ended. And I was constantly gaslit into believing it was all my fault. I was made to believe that he truly loved me and I was this ungrateful person who didn’t understand that.

Finally, it got to a point where I couldn’t take it anymore and I did tell a few friends of mine about all this. And that was pretty much when I finally ended the relationship. It was over, from my end. Or so I thought.

It’s been years and I am still traumatised by it

His torment seemed to escalate after this. When I blocked him on my cell phone, he’d call my landline and even followed me to where I interned! In fact, he even texted my friends, asking them to get me to talk to him. All this finally ended when I threatened to complain to the police about the harassment.

Finally, the calls and the texts and the random appearances stopped. And I could breathe again. I could go out with my friends without having to look over my shoulder.

It has been years since I have spoken to him or seen him. However, to this day, if someone I am seeing even raises their voice at me, I cannot stop shaking or crying or I am frozen with fear.

All this, quite honestly, isn’t even half of the things that man put me through. As I said, abusive relationships are the worst things to happen to you.

So, can we stop glorifying verbal abuse?

The only reason I am even talking about it is to explain the problems with your partners calling you names in arguments or yelling at you. I don’t live in a utopia!

And I know that couples argue, they fight and say really mean things! However, none of that means you have the right to call your partner a ‘psycho, bitch’ or any of those things! Being angry at someone does NOT give you the right to demean them or swear at them.

Because, for someone like me, these things are incredibly triggering. Seeing or hearing them brings back too many memories that leave me in pain or with a panic attack. They leave people like me reeling in the sadness of it all, no matter how many years have passed.

About the author: A 27-year-old feminist with a love for books and dogs, the author hasn’t let anyone dictate her life since her breakup with this man. She has since fallen in love multiple times but knows and draws boundaries that she couldn’t at 17.

The post Having Been In An Abusive Relationship At 17, The Latest Instagram Trend Triggers Me! appeared first on Women's Web: For Women Who Do.