Oh, The Humanity! What This Oxygen Shortage Reveals About Our ‘System’ 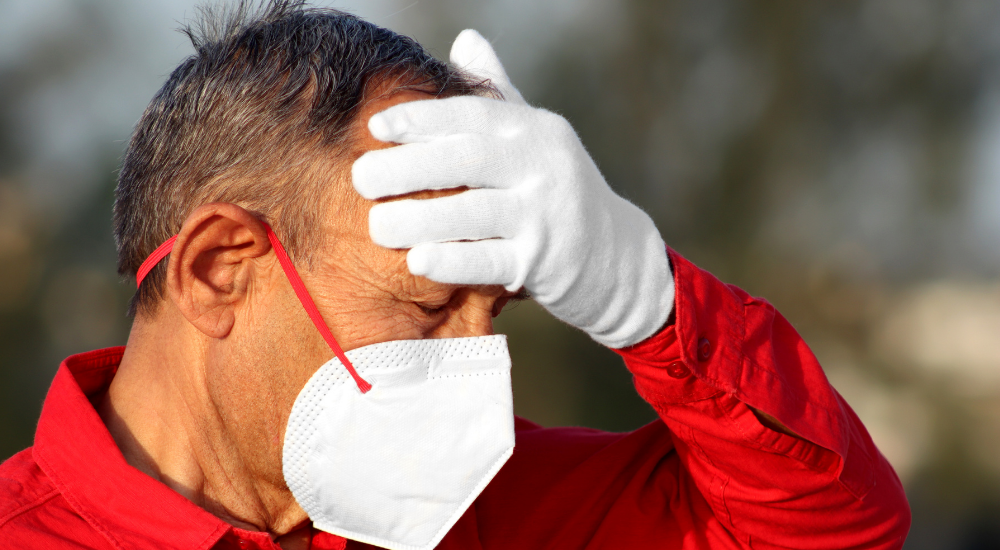 Using elections, citizens sanction politicians to act in our best interests. However, the current deaths caused by lack of oxygen, reveal their utter lack of accountability to us.

Oh, the humanity! News reporter Herbert Morrison said this in 1937, in response to the Hindenburg disaster. As the Hindenburg (an airship) neared the end of its very first flight, it caught fire.

Since the Hindenburg was filled with hydrogen, it ignited in a huge fireball. People attempted to jump off to escape. Over 30 people died, while over 60 survived. Upset by the huge disaster, he exclaimed, “Oh, the humanity!” in horror.

I wonder what expression Morrison would use if he’d see each day, cremation grounds in India burn thousands of bodies, sending up “never-ending plumes of ash that are turning the skies grey over some of India’s biggest cities”, as this New York Times article reports.

As the days draw to an end, as dust settles on the roads, while people still queue up at the crematorium, the pharmacies, hospitals, and oxygen cylinder suppliers, let us take a break from the relentless election coverage and look back at the covid numbers once again.

At the time of writing this opinion piece, the number of new cases of coronavirus infections on Saturday (1st May) was reported to be 3,92,488. We all can take solace that the daily count of cases has been lower than the previous day.

What consolation do we offer the grieving?

However, can we offer any consolation to the families of the 12 patients who choked in Batra hospital due to a lack of oxygen supply? Can we as a nation offer any succour to those gasping for breath, searching for hospitals, begging for medicines? As social media erupt in joyous celebrations over the liberal ideology winning in these elections, I wonder how this win will turn the tables? How this win will set ‘accountability’, the primary driving force in any democracy?

For a long time now, we have excused ourselves as a nation from being ‘accountable’. Not asking questions to our governments and blatantly supporting our politicians at the risk of ignoring a scientific and rational temperament has brought us to this horrendous fate.

There is a primary expectation from every government, in terms of ethics and governance. This includes but is not limited to answerability, blameworthiness, liability, and an expectation of transparency while giving details of the account. We must ask ourselves whether the current ‘system’ in this country has stood up to these parameters.

For a long time, we have treated our politicians as our heroes

We don’t elect them for discharging their duties but to rule us. A ruler can’t be held accountable. They believe that they have received the right to rule due to divine intervention. How can they ever fail? How can they justify their actions? They are above the law of the land and hence, immune to consequences.

Elections don’t represent the ‘victory of democracy’. Elections are means to democracy. Free and fair elections are the basis of a strong democracy. Yet, democracy can only exist if there exists accountability.

Citizens sanction politicians using elections to act in their (citizens’) best interests. But where is the procedure to ensure that our politicians are held accountable for being able to discharge their duties?

The tedious judicial system ensures that justice becomes an infinite wait. People would rather accept the failure of the ‘system’ as their bad karma than the incapability of their elected representatives.

We are told by leading newspaper portals that during the beginning of March 2021, the ‘system’ was made aware of the acute shortage of oxygen. But the advice was ignored. Who ignored it? Why was it ignored? Was this a collective decision or plain obedience to orders? How does all this even work?

As citizens of this country gasp for breath, queueing up at the crematoriums to bid a final goodbye to their family members, are we supposed to forget all of this and start living again because we are alive? Will there ever be a committee that shall bring the facts in front of the nation? Are we supposed to die because we don’t have access to something as basic as oxygen for survival? Are we orphans of the state? Are we non-existent for the ‘system’ because we can’t hop on a private jet and leave for London?

This catastrophe is not inflicted on us because of our misfortune but because of the utter failure of governance. There is absolutely no accountability due to which ‘we the people’ are in adversity. We’ve been asked to observe resilience in the face of this adversity. I am not sure how resilient a person can be who has lost their loved ones – not because they failed but because the ‘system’ was set to fail them. Read that again.

As I pray for survival in these dark times, I only hope that Bengal, Tamil Nadu, Puducherry, and Assam don’t choke. You’ve won the election, now stand accountable. India has to develop rational processes and procedures to anticipate such devastation and to hold the netas and babus accountable.

Otherwise, we are just a vote – a number waiting to be conquered for the limitless greed of power.

I am what I am

The post Oh, The Humanity! What This Oxygen Shortage Reveals About Our ‘System’ appeared first on Women's Web: For Women Who Do.