It’s Time We Stop Celebrating Men Doing The Most Basic Work For Their Families! 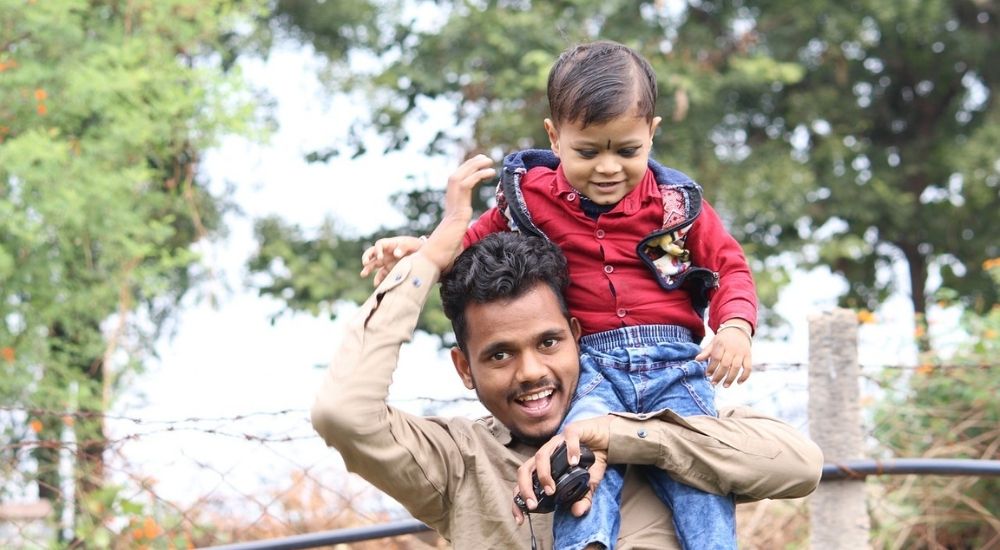 Normalise a man doing his duties as a dad/husband. Or at the very least, go nuts over a woman mothering her own child! Only fair, isn’t it?

Recently, two news articles, which have been doing the rounds on social media, caught my eye. One went gaga over how cricketer Virat Kohli was doing his daddy duties, as he was photographed with his daughter’s burp cloth on his shoulder.

Another gushed over British actor Riz Ahmed fixing his wife’s hair at an awards function.  Were both these actions really that extraordinary? Not at all!

As much as people take a woman’s duties for granted, so too should a man doing his duties to his family be normalised. After all, women fix their husband’s wardrobes, socks, underwear, handkerchiefs all the time in regular homes, without creating a fuss or even being appreciated!

I have a calm and equal partner, and throughout my married life, I have always heard how “lucky” I am to have a man who is a good husband and father.  Even the success of our happy marriage is credited to him most of the times. Well, I have been a good wife and mother too! How many people, including my own relatives, will credit me with the success of our marriage?

This is because of the conditioning where men doing what is supposed to be normal, is considered worth gushing over.

I am sure Anushka Sharma being photographed with the same burp cloth wouldn’t be fussed over as much as Virat Kohli’s photo, since a mother’s duties are taken for granted; it is normal, nothing great. But doing fatherly or husband duties, showing normal affection are ‘out of the world’ gestures!  Hypocritical, isn’t it?

Men ‘babysitting’ their own kids are made out to be great fathers. Media, society, families place men, who ‘help’ their wives in household chores or cooking (during lockdown or otherwise) on a pedestal.

It’s high time we normalise being a hands-on father or a caring husband. That’s how men should be, as women are, all the time!

Normalise men as being equal partners, parents, good humans rather than going gaga over them.  If not, then at least photograph a mother doing her motherly duties and go gaga over that too!

Image by Sonam Prajapati from Pixabay

I am an international travel expert by profession and an avid blogger by passion. Parenting

The post It’s Time We Stop Celebrating Men Doing The Most Basic Work For Their Families! appeared first on Women's Web: For Women Who Do.