The formulaic story of a no-nonsense cop Radhe who single-handedly saves the youth of Mumbai is a reminder of the thousands of such films we have watched and forgotten.

The film Radhe: Your Most Wanted Bhai is the classic Eid release starring Salman Khan, Disha Patani, Randeep Hooda and Jackie Shroff. The film released in some theatres and on Zee5 on 13th May 2021.

The plot of the film is based on the 2017 Korean movie The Outlaws which was inspired by true events. Radhe, however, is far from reality, and portrays a larger than life persona of Salman Khan like all of his other movies.

The generic over the top repetitive dialogues like, “Ek baar jo maine commitment kar di, phir mai apne aap ki bhi nhi sunta,” (Once I make a commitment, I do not even listen to myself) do not bring any nostalgia, instead feel like formulaic punchlines. Within just one day of its release, it is one of the lowest-rated films on IMDb with a rating of 2.1.

This is a clear indication that even die-hard Salman fans did not enjoy this film.

The plot revolves around the increasing drug abuse and crime rates in the city of Mumbai. While youngsters are dying because of drug intake, the drug peddlers are thriving and preying on innocents. In this situation of distress, the notorious officer Radhe is called upon to save the day. He is titled as an “encounter specialist” credited with 97 instances- an officer with his unique style.

Radhe single-handedly fights crime, saves lives and escapes combats without getting a single scratch. He is the indestructible man we have all seen in movies like Dabang and Wanted. 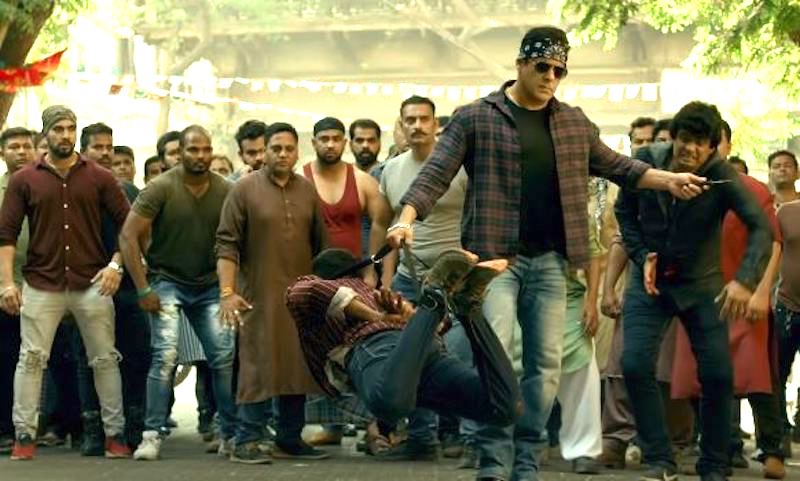 The film is so one-note and monotonous that all the twists and turns seem predictable. We know the fate of the villains from the first scene that they are introduced to.

While Salman Khan’s performance is as expected with the slow-motion walks and dramatic dialogues, actor Randeep Hooda’s performance can be seen as the silver lining. There are several villainous characters in this film, but none of them even come close to remotely adding conflict or harming our protagonist. The film is tone-deaf and there are very few moments that seem like a breather in this generic film.

Little regard for the women characters

Salman Khan films are known for one thing only and that is his persona. Every other character serves the same purpose – that is, to glorify his presence on screen. This film is no different.

Actress Disha Patani is cast simply for her seductive outfits and dance numbers. In 2021, there should be no place for such films that show women as the damsel in distress waiting for the hero to save her life.

Disha’s character Diya adds nothing much to the film. She makes appearances in songs and serves as the love interest to Radhe. Even if we ignore the jarring age difference between the two leads, it is still utterly disappointing to see Disha play a one-note character and serving face in the romantic songs. 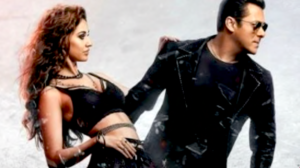 The other female actors play insignificant roles mostly going in and out of scenes without much impact. The songs in the film also add nothing much to the story. They slow down their pace and add to the running minutes. Direction by Prabhu Deva and screenplay by A. C. Mugil and Vijay Maurya seem to be stuck in the 90s. It is not something that the audience wants to see today amid some amazing movies and web series.

Watch Radhe at your own risk

If you were hoping to watch action scenes piled up one after another and hoot and cheer as Salman Khan takes off his shirt, this is just the movie for you. But if you wish to watch some nuanced storytelling and interesting plot points, maybe wait till next Eid in the hopes for something better.

It is a film that glorifies police brutality, violence and toxic masculinity. 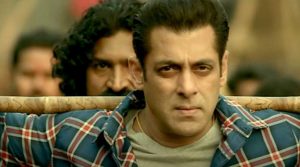 What’s disheartening about this film is the fact that the Hindi film industry is still stuck in the typical formula of films that they have been making for the past 30 years. Surely, there are audiences for such films, but the bigger problem is that if such a massive budget is invested in challenging projects, India’s film scene would change completely.

There is no shortage of talented actors, directors and writers in India, it’s high time we watch out for their work instead of supporting mediocrity in the form of films like Radhe and many others.

The post Radhe: A Mind-Numbingly Painful Film Which Even Bhai-Fans Should Not Tolerate appeared first on Women's Web: For Women Who Do.