When Men Expect Sex To Deal With Difficult Feelings, They Rape When Refused 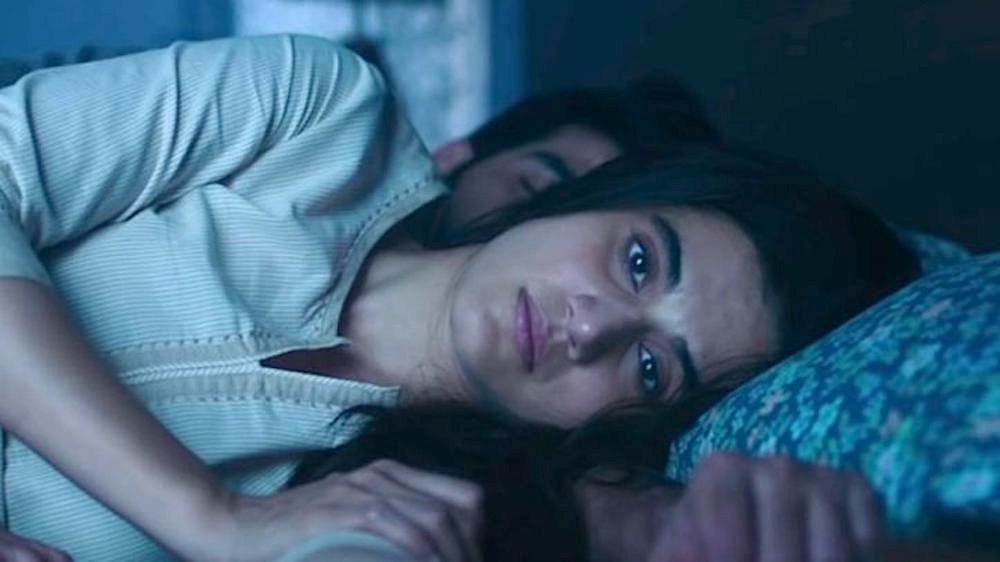 Women are expected to provide sex as relief from the issues men face, inside, as well as outside of the relationship — in their work places, with their families, with their friends.

In a recent episode of The Handmaid’s Tale, the central character June Osborn tries to have sex with her estranged husband Luke.

And Luke stops her and insists that they talk, and initiates a difficult conversation with her about her traumatic experience in Gilead and their child still held prisoner there. At which June walks away.

It was a sensitive portrayal of trauma. Unable to talk because her experience is so painful, June tries to find distraction, and some semblance of connection with her partner in sex. And Luke, who can see her hurt and wants to do something about it, refuses to be pacified by the placebo of sex.

The scene made me go tense in every muscle and I had to stop watching.

I wanted intimacy but was forced to give sex

Because this has happened to me lots and lots of times. Only the other way round. With the men in my life.

When there were difficult conversations to be had, when there were difficult emotions. to be faced, the men wanted the oblivion of sex instead. Often I was forced to give sex in these times even though I didn’t want to. Because the men either convinced me it was what they needed and I felt duty-bound to meet their need because I loved them, or for fear that if they did not get sex they would take it out on me one way or the other. And in each relationship, as I grew more and more unwilling to be distracted from the real issues by sex, so did the relationship get more violent and more distant.

As the memories came flying back I felt a huge snake of rage rising from my body, up my head and high above it. For all the times I wanted intimacy and got forced to giving sex instead.

And it is not just in intimate relationships that men use the bodies of women as toilets for their difficult feelings. It has been established through research that rape is an exercise of power. I would like to add that they are the result of men’s unwillingness or lack of competence in looking into why they are feeling powerless in the first place.

And it is all legally sanctioned and socially sanctified.

How many movies have you seen in which after a night of marital rape by a man struggling with feelings that have nothing to do with her, the sweet young bride turns up bathed and dressed and pretty and smiling, to tell her ‘regretful’ husband that it is ok, that he is her husband after all? Remember Hey Ram (Kamal Haasan)? Remember Asoka (Shah Rukh Khan)?

How many court verdicts have you heard that were about the emotional troubles of the man being tried for rape or domestic violence, or even incestuous rape of his own child, rather than about the consequences of their actions on their victims?

Even sensitive movies let off the men

Even sensitive movies let men off the hook. Some time back I saw a beautiful movie called ‘Call Me By Your Name‘ about two young men in love with each other. It was sensitive in other ways, but it also showed the men, unable to deal with their feelings for each other, take it out on young girls by engaging them in consensual sex and then deserting them when they finally find each other. And the girls are shown as ‘forgiving’ those men instead of asking them what right they had to use them as emotional outlets.

I am glad that The Handmaid’s Tale showed up this issue, and I am glad it shows a woman trying to deal with her feelings by distracting into sex for a change. In my view this role reversal helps to locate such actions in its true context of trauma regardless of gender, instead of a ‘men-deserve-to-be-indulged-because-they-have-been-through-a-lot’ context.

And I would like to see movies — Indian movies or TV shows — which show women standing up to men, refusing to be raped by partners because they cannot take responsibility for their feelings, and firmly directing them back to the work they need to do with themselves. Shows and movies that hold men accountable for their emotional messes, halt their violence and tell them to look at the roots of the violence within themselves. Lots and lots of such movies. Lots.

Image source: a still from Thappad

Aparna Pallavi’s current callings are as a therapist, contemplative writer and researcher of indigenous

The post When Men Expect Sex To Deal With Difficult Feelings, They Rape When Refused appeared first on Women's Web: For Women Who Do.