The Pegasus Controversy Shows Us How Women’s Voices Are Silenced by The Powerful! 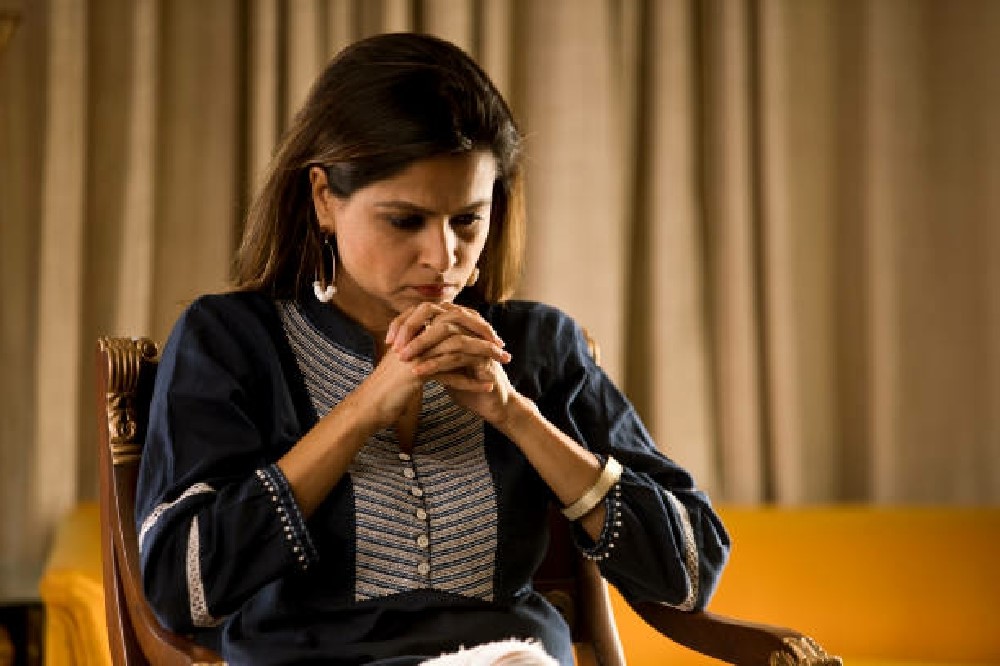 The largest cluster of phone numbers allegedly targeted under the Pegasus spyware belongs to a woman who accused former CJI Ranjan Gogoi of sexual harassment. Why is this the reality of women who dare to raise their voices?

The Pegasus spyware case has been making headlines for the past two days. Reports in several publications including The Washington Post allege that the spyware tool that was meant to be licensed only to Governments to keep a check on terrorism has been used to infiltrate the mobile phones of several individuals in India. (https://www.washingtonpost.com/world/2021/07/19/india-nso-pegasus/).

Many have expressed their fury at the blatant breach of privacy of the country’s citizens by the Government in power, although the Government is yet to answer clearly on the issue. However, what caught my attention was that the largest cluster of telephone numbers put on surveillance belonged to a woman and her family members— the former employee of the Supreme Court   (https://www.womensweb.in/2019/04/cji-gogoi-sexual-harassment-allegations-april19wk3sr/)

A Witch-Hunt To Silence Women Who Raise Their Voice Against Injustice?

An analysis by a French media non-profit of the leaked list of phone numbers put on surveillance shows that the survivor was marked as a person of interest soon after she filed an affidavit recording the sexual assault allegations. (https://www.washingtonpost.com/investigations/2021/07/18/responses-countries-pegasus-project/)

It has also been revealed that 10 other phone numbers belonging to her husband and brothers-in-law were also marked as potential targets of surveillance in the same week when the allegations levelled by the women against the then CJI were first reported.

Though none of the phone numbers being put on surveillance is justified, the case of the survivor here stands out. While most other citizens targeted by the spyware were prominent politicians and journalists, this woman was an ordinary citizen.

One can infer that the only reason for her being targeted is that she dared to raise her voice to accuse a powerful man of misdoing. It makes me wonder, why should this act of targeting her with spyware not be labelled as a witch-hunt?

I vividly remember as a child my paternal grandmother would be mortified if there were political discussions in the house. They would get louder as the fervour of the discussion gained momentum. She would especially be scared if the women around were participating in the discussion with the same vigour. She would immediately chide everyone, “If those in power hear you, everybody here will be in trouble.”

This would only elicit laughter from everyone around and her worry would be dismissed with the reply, “Do those in power have nothing better to do than eavesdrop on us?”

As I grew older, I presumed her worry stemmed from the fact that she grew up in pre-independence India, where speaking against the Government was strongly discouraged. But then I realised her male contemporaries hardly displayed the same fears. It was much later in life that I realised, women in general are discouraged from speaking up in our society.

There are plenty of modern and educated women of today, who display the same fears as my grandmother when it comes to calling out a person in a position of power, especially if he is a man.

Has the scenario changed after #MeToo?

It was 2018 when the #Me too moment started gaining momentum in India but did the women who raised their voices get the justice they deserved? Priya Ramani being acquitted of all charges by the Delhi High Court in the defamation case filed against her by politician MJ Akbar is the only significant victory of women in the movement that we can speak of.

Most other prominent men who were accused of sexual harassment by women have carried on with their lives without facing any consequences. The women who came forward to speak of their ordeals were the ones who were questioned and name-called.

From Bhanwari Devi’s case to the Tarun Tejpal acquittal — Why is justice still elusive to women?

Bhanwari Devi is hailed as the mother of India’s #MeToo movement, as she was instrumental in the framing the guidelines for the protection of women from sexual harassment at the workplace. Known more popularly known as the Vishakha guidelines, they paved the way for ‘The Sexual Harassment Of Women At Workplace Act,’ 2013.

The recent acquittal of journalist Tarun Tejpal was a blot on our justice system and our society at large. There was aspersion cast on the survivor for ‘not behaving like a victim’ and Tejpal was acquitted despite him having sent a written apology to the survivor in the past. A classic example of the misogyny propagated by our society which jumps in to question the women who have been wronged and mustered up the courage to seek justice.

This is the behaviour that has resulted in women being hesitant to raise their voices against their perpetrators. Perpetrators are doled out sympathy and are always given the benefit of doubt.

According to a report in The Wire, the woman who filed the case of a sexual harassment complaint against the then CJI Ranjan Gogoi faced a harrowing ordeal, where she was harassed to the extent that all earning members in her family were stripped of their source of income. (https://thewire.in/rights/ranjan-gogoi-sexual-harassment-pegasus-spyware)

A criminal case of extortion was filed against her. Her allegations were questioned, while the former CJI earned sympathy for being a wronged man. Eventually, she was reinstated in her job and the criminal charges were dropped for lack of evidence.  This re-affirms that muscle power and arm-twisting were used to make her bow down and quieten her voice. Under these circumstances, should it even come as a shock that she was allegedly put on unauthorised surveillance?

Women’s voices need to be heard. As a society, we need to cast our patriarchal lenses aside and instead of shaming the women, judging their character and questioning the veracity of their claim, we should ensure they get a fair trial and justice. Let us remember no person deserves to be harassed and nobody is asking for it, definitely not a woman.

17th July: So you want to publish a book? with Asfiya Rahman; This is a workshop which will tell you about how to get published. What is the difference between a novella and a novel? How do I write a novel? What is micro fiction? Are short stories better than novels? These and other questions will be covered in this workshop. It is intended for those who have started writing but are looking for some help in structuring their writing and understanding the different options available. 8th August: When Less is More – Writing Effective Micro-Fiction, with Anupama Dalmia; Micro-Fiction has gained immense popularity in the digital literary space today. However, writing impactful micro-fiction is not easy as one needs to pack a punch in limited words. This workshop will help you hone the craft of writing memorable stories in a few words. 4th & 5th September: Learn Alcohol Ink art with Piyusha Vir; Explore the exquisite magic of Alcohol Ink Art. You will learn how to make beautiful abstract art, patterns like ripples and ridges. Learn how to create roses. Create beautiful art decor pieces to beautify your home while you also indulge in your creative side and give expression to your soul. One-on-one sessions Creative Writing – Fiction, with Poorabie Khare; Creative writing is based on imagination and dream imagery. This skill helps work on planning, analyzing, and forecasting. Writing about characters, creating character sketches, putting together a plot, and indulging in descriptive writing keep our cognitive self agile.   Up your blogging game with Anupama Dalmia; After attending this session, the attendee will have a clarity on the steps to be taken to make their blog more effective and expand blog reach. All doubts related to blogging will be clarified, and feedback will be provided on the blog content and design.

A dreamer by passion and an Advocate by profession. Mother to an ever energetic and

The post The Pegasus Controversy Shows Us How Women’s Voices Are Silenced by The Powerful! appeared first on Women's Web: For Women Who Do.