No Single Women Allowed Here; Accommodation For Families Only! 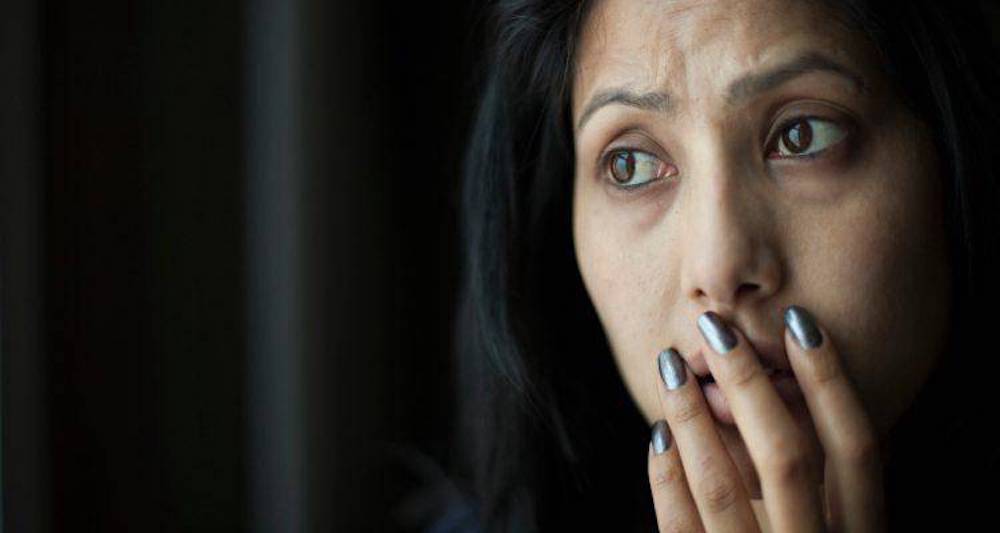 We educate our daughters, make them financially independent, and able to leave abusive marriages. But when they go to rent a home, they face discrimination as single women and considered a liability.

Housing bias against single women is a ubiquitous issue. There is only one acceptable tag for women – the married status that is followed when homes are rented out to women.

It is accepted by all that, educating women and making them financially independent leads to liberation of women. But the irony is that even after accomplishing these two, she is denied her fundamental right to have a roof above her head.

Well, if you are a single woman, looking for an apartment for rent, chances are that you will be meeting with countless hurdles that could turn a single woman’s city of dreams into an ordeal.

Several landlords are uneasy about renting out their houses to single women. By any chance if someone comes forward to renting it out, then the tenant needs to be prepared for their prying eyes, curious looks, and also for some strictly imposed restrictions. We find some landlords who restrict you from having male visitors; whereas some may restrict you from having any visitors at all!

Now read on the adventures of Naina, who had recently left her marriage of 15 years.

‘Only for families, ma’am!’

“Hi, I am Naina here. I came to know through a friend of mine that you are a real estate agent. I am interested in renting a single-bedroom apartment. May I come today evening to see a few apartments please?”

On hearing about her single status, “No No ma’am, this apartment is only for those with families,” was the constantly repeated excuse that Naina heard. But a determined lady that she was, she set out to find a dwelling for herself –by fair or foul means!

The big metropolis was bursting at the seams with agents and apartments begging to be let out on rent. But neither the owners nor the real estate agents were particularly eager on renting out their precious properties to a single woman, yes, Naina, the divorcee!

Naina got her divorce recently. The relationship had ended 4 years ago for all practical purposes, but it was only now that there was a sense of conclusion to the matter. The former Mrs. Dinesh packed up all her belongings in three suitcases and made up her mind to start life anew. But she did not pause even once to think about the immediate obvious requirement of hers. Yes, all that she needed now was a roof above her head to start living.

Naina scoured down outskirts and up city for accommodation. Despite the fact that she assured the agents that she would be cooking only vegetarian food and would bar the entry of men and liquor into the shrine, they still cast a doubtful glance at her and finally shook their heads, indicating a ‘NO’.

Surely renting a place was better than staying at parents’ place?

As days passed Naina felt more and more disheartened. She had a regular job with a bank and was part of an active social circle too. But she lacked the assertive, defiant conviction and confidence of divorcees younger to her. Yet, she was not prepared to sacrifice her periodic late nights, which would be stopped, if she moved into her parents’ place. But prior to all these, a chain of escapades were in store for her during her house hunting expeditions!

Faint-hearted, on one occasion, she admitted in a low tone to the stubbly moustached realtor that she was a divorcee on the lookout for an accommodation, and all that she needed was a compact one BR apartment, nothing more and nothing less.

The agent looked her directly into her eyes and asked if her ‘mister’ was there before he could go ahead with the finalization of her request. “Aaaaa, there is no mister in this deal,” she continued, a little bit louder, for him to hear properly this time.

“Oh, I see.” A slight pause and he continued, “Okay then, who else would be living in this apartment?” which roughly translates to “who else would be co-habiting with you, you brazen woman?”

Speaking to yet another guy, Naina hit upon an impromptu elder sister with a PhD and a respectable faculty job in a reputable University. “No Madam, we do not rent out to two ladies,” hurriedly answered the agent. And thus a compact flat was sacrificed at the shrine of the building society’s righteousness and ethics.

The little old cottage in a posh locality

She was thoroughly irritated with the answers, as the city had several flats lying idle, while here she was being forced to putting her hands to the plough with no light at the end of the tunnel. But then an elderly aunt came to her help.

This matriarch owned a little old cottage in a posh locality in the city. Although she wanted to dispose it off, the city’s Rent Control Act and the Pagdi system, which is a traditional tenancy mode of renting houses, prevented her from selling the cottage. Mrs. Dinesh was offered this apartment on low-rent.

Her colleagues just could not believe when she shared this news with them about her new apartment. ”Well, is this not the area where all these celebrities and ‘big people’ own palatial bungalows? Aren’t you a lucky devil…”

“Yes indeed, I am,” she thought self-approvingly.

Just in a few days after getting into the cottage, she soon came to know of her co-occupants or flat mates, call them whatever you want! Yes, a couple of rats- a huge one and a mid-sized one, whose dwelling place was the drain adjacent to the cottage. Yet another constant companion was the regular dripping of water from the broken, old Mangalore tiles, that were laid on the roof. No Ola cab could negotiate through those quaint charming streets, where the big shots had sealed their homes, and left for other places or other countries. The nights were manned by shadows of unrefined types of people, who constantly observed her as she walked home through congested and clogged by- lanes.

“Enough is enough of this quaint cottage,” thought Naina, and started packing her belongings once again, with a definite plan this time.

Continuing her apartment hunting game, one of those T-shirt and jeans clad agents asked her as to who else would be sharing the apartment with her. “My son, of course,” said Naina without an iota of hesitation, which was not strictly false.

Yes, she had a son Rahul, who was studying in Dubai, and could still be made to visit her ‘supposedly’ during weekends to bring in that masquerade of respectability.

“Ah, you have a son,” said the red T-shirt guy softened considerably. Feeling a couple of inches taller, Naina heaved a sigh of relief. “Ma’am, we need his birth certificate as the owners are particular about this aspect of age…,” he continued hurriedly.

Honorableness and Respectability having been established, the red-T-shirt drew up the rules of the Apartments’ Association. The measures of the Association were so designed as to strike and draw imperceptible lakshman rekhas, lest Mrs. Dinesh have ideas other than religious ones!

“Let me tell you some of the Association rules here. Late-nights, social gatherings –parties or religious gatherings – are not approved by the Apartment society (I don’t think any apartment complex permits all these!), no pets allowed, okay? No erratic ‘comings and goings’, right?” The guy made this last statement-turned-question mark with eyes directed towards the slowly rotating ceiling fan!

“Let me worry about bending the rules later on to meet my slightly non-traditional ideas of morals, ethics, and principles,” thought she. It was time for her to start afresh in a new house.

The movie Wake -Up Sid popped up in her mind. Her home would be unpretentious and cute, even if there was no Sid to assist her in doing up her small home. Her belongings, apart from those boxes of books and clothings, were the trash of donations that had been thrust on her in the aftermath of her abandoning her 15-year old marriage. Yes, it was the rubble of contributions that seemed to floating on her shore. Kind hearted kindred and well-wishers had flooded her home with a spate of extra beddings, utensils, tea sets… which were gifted to them years ago; maybe on their wedding day and, which were of no use to them now. “Ae yaar, you can set up your home without digging much into your savings,” they had said.

Naina sat amidst all these, like a new bride. She was surrounded by two tea sets, two clocks, one table lamp, three pressure cookers of various sizes, a couple of milk cookers and a 7-piece set of utensils! In addition to all these was the wooden six-seater round dining table, thoughtfully left behind by the house owner. She smiled, looking around at her domain.

Now everything was there for her to use and enjoy- items gifted out of love and care to a steely woman who had moved out in the inclement weather of rain, totally determined not to get soaked but to dance in the rain.

“Yes, it calls for celebration,” screamed an exuberant Naina, as she had finally managed to find a home for herself, by fair or foul means, in a city with an unfriendly attitude towards single women!

17th July: Personal Branding for Success by I M Peccable; this session is targeted for open minded people keen to tackle the roadblocks they are facing on the path to success. Covers the concept of Personal Branding, Myth Busting to clear out the roadblocks and prepare the mind for success, Real Life Experiences and Case Studies, and a 5 Step Framework to easy-follow steps.

17th July: So you want to publish a book! by Asfiya Rahman; This is a workshop which will tell you about how to get published. What is the difference between a novella and a novel? How do I write a novel? What is micro fiction? Are short stories better than novels? These and other questions will be covered in this workshop. It is intended for those who have started writing but are looking for some help in structuring their writing and understanding the different options available.

17th & 18th July: Leveraging social media for growing your business by Anupama Dalmia; This course is apt for anyone who wishes to use social media to grow their work. Writers, Entrepreneurs, Authors, Content Creators, etc can all attend and benefit. The sessions will focus on Understanding the different platforms and deciding which ones to choose, Brief on social media algorithms and features, Writing effective social media posts and creating the right schedule, Identifying the metrics and parameters that should be tracked and Creating engagement with patrons through Storytelling. 21st July: Know Thy Personal Style by I M Peccable; This session is meant to help you know yourself within 2 hours. You will understand Image Concepts, learn about Yin and Yang, analyze your Personal Style based on your personality characteristics and take recommendations home.

The post No Single Women Allowed Here; Accommodation For Families Only! appeared first on Women's Web: For Women Who Do.