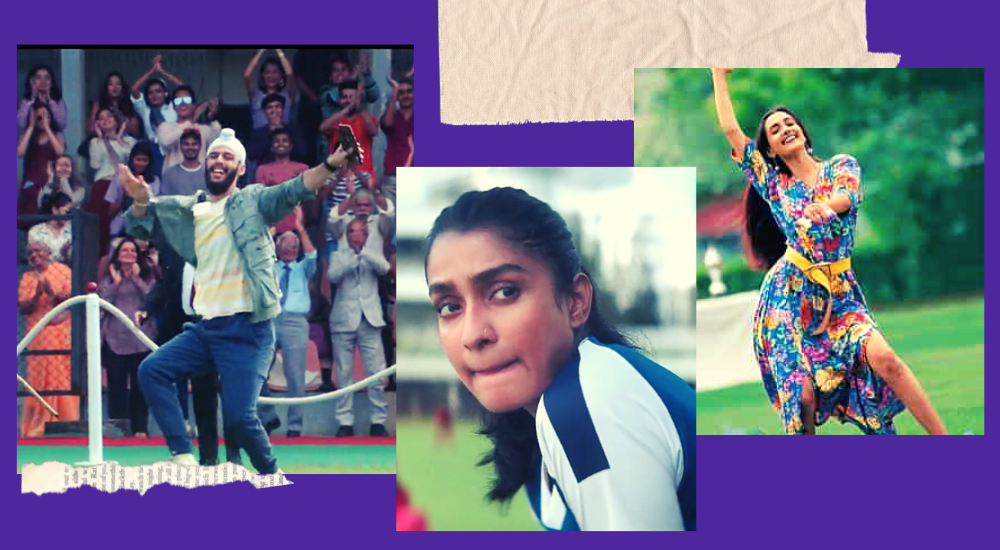 The viral Dairy Milk ad is the way to go to think big and promote women’s cricket in India, with gender role reversal in the way the man who so freely celebrates his friend’s success.

A very recent commercial from my favorite chocolate brand felt like a pleasant, fragrant breeze to me, an ardent and all-time chocolate lover. It was a reboot of a famous campaign that aired in the 1990’s.

The commercial from 1994 had won hearts.

Sitting in a jam-packed stadium, a long-haired girl, munching a chocolate bar, watches a cricket match. When the batsman, presumed to be her friend, scores the winning run, she goes jubilant and dodges security guards to do an awkward dance on the cricket grounds!

Who hits a six this time in this viral Dairy Milk ad?

Well it’s 2021, and the commercial now has a twist to it with the gender roles reversed. This time, it shows a women’s cricket match in progress with a man on the sidelines watching the game enjoying his chocolate bar. When the woman batter hits a fabulous six, his joy overflows the brim, and he rushes to the field, does a crazy dance, and hugs her.

The commercial is indeed a refreshing, welcoming change in India, where women’s cricket is making inroads and deserves as much respect and importance as is given to men’s version of the sport.

The ad has hit the Internet by storm, with social media users showering an avalanche of praise. And what better way can there be to send loads of good luck and inspiration for our Women in Blue? They are in preparation for the ODI series with Australia that begins on September 21, and skipper Mithali Raj, who praised the flexibility of her playing group, is confident of a fruitful outcome.

Commercials and films can be the trendsetters in breaking stereotypes and sending the message of gender equality. It brings to my mind a couple of these commercials that so wonderfully convey that we need to break the shackles of patriarchy and believe in men and women to be on an equal footing.

A laundry detergent ad shows a father visiting his daughter and being deeply disturbed as she single-handedly juggles work and chores at home while her husband remains apathetic. Reflecting on how he had acted all along, he returns home and decides to bring about a positive change by sharing the household workload with his wife.

Another thought-provoking commercial comes from a famous fashion company to send an intelligent message against dowry.

A grandmother accepts the partner choice her grandson makes and expresses that he has at least arranged for the families to meet each other. She is however worried about dowry, and then comes the slice of wisdom from her son. He says that it is a fine idea to instead give gifts to the bride’s family who has trusted them with the precious gem which is their daughter. The beauty of change is what rings in the air from this ad.

Coming to films, Chak De! India explores the struggle between feminism and sexism while singing a paean to the Indian women’s hockey team. Indians pour their hearts and souls over the game of cricket, and it’s time to come up with a movie centered around women playing cricket.

And although it did not meet with success at the box office, Dil Bole Hadippa! did attempt to emphasize how being proficient in a game does not have to do with one’s gender. However, the film was not focused on women’s cricket. It had to do with a girl going in the guise of a man for a place in the team.

The chocolate commercial is perhaps a preliminary start to paving the way to think big, and come up with a film promoting the cause for women’s cricket in India. Hope Bollywood is thinking!

Rashmi Bora Das is a freelance writer settled in the suburbs of Atlanta. She has

The post Viral Dairy Milk Ad Has It’s Heart In The Right Place With Celebrating A Woman’s Triumph appeared first on Women's Web: For Women Who Do.