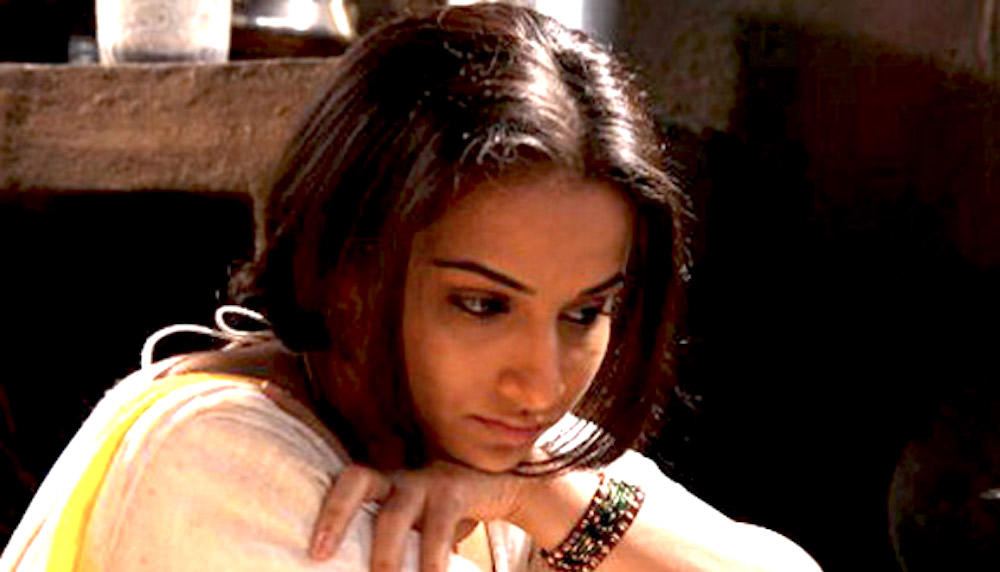 Many nights, she would think about how Sharada had pulled through those tough times. Would she be able to do something like that?

The Muse of the Month is a monthly writing contest organised by Women’s Web, bringing you original fiction inspired by women.

Ramya V is one of the winners for the September 2021 Muse of the Month, and wins a Rs 750 Amazon voucher from Women’s Web. The juror for this month, Manjul Bajaj commented, “I liked this story for its theme. A gentle look at the mother-in-law-daughter in law bond against the backdrop of illness. It felt very refreshing after reading many submissions on the tension between the two over household chores.”

“Remember, you are doing this out of your own will, and it has nothing to do with me. Even Dad had given up already and so has Mom. I don’t understand why you are so keen on proceeding. If you think we are hesitating because of money, then the answer is no.”

Abhishek’s words kept flickering in her mind as she sat on the corner seat with the gentle winds brushing her face. After a long eight-hour bus journey, she reached the destination. Stepping into her homeland always felt special. Her uncle Vedanth welcomed her.

“How are you Karuna? It feels so good to see you after a long time.” The joy of meeting his niece after decades was evident in his eyes.

“I am doing good, uncle,” she smiled.

“Are your parents settled in Bangalore?”

“Abhishek and I visit them occasionally, as they are not traveling much now. Kishore is taking good care of them.”

“You and Kishore are still kids to me,” Vedanth chuckled.

Karuna got into the white ambassador, her uncle’s favorite one, for many years. He never felt like changing his car, and she knew he loved it as much as his wife. He was always a simple man for needs, just like her mother.

After a relaxed drive for an hour, they reached Karuna’s ancestral home. Vedanth, her maternal uncle, helped her to sell the house for a greater amount than she had actually expected. Before handing over the keys, she wanted to take one last look.

Karuna walked in. Vedanth had well maintained the house in their absence for years. They had moved to the city when Karuna’s father bagged a lucrative job in the garment factory. But Vedanth stayed back, looking after the land as he preferred farming.

Myriad memories ran through as she glanced around. She could feel her younger self along with her brother Kishore running around. Never had she felt the need to sell their only property which her father had inherited. But now the critical circumstances gave her this as the only option.

Karuna planned to stay the night in her uncle’s house as it was late already. On their way as they passed through the riverside, she gestured at him to stop the car.

The evening had set in peacefully and the white pearl had taken its place amidst the dark clouds. Karuna sat on the riverbank. Coincidentally, it was a full moon day, and she watched the silver streaks rippling in the waters. It remained so calm, and she stared at its mesmerizing beauty. The fragrance from the flowers crept into her senses. The breeze bullied the reeds forcing them to swish and sway to its vagaries, forwards and backwards, this way and that. Everything was as it had been yesterday and the day before. The cuckoo bird continued its ‘coo-coo-once-is-not-enough-here’s-another’, coo-coo call, pleased with its own poetics, its rhythm unfaltering.

“So much had transpired, yet nothing had changed,” Karuna thought to herself.

This was her favourite spot. Every full moon day, her parents would bring them here. That night, watching the full moon glowing, they would happily munch on their dinner. Many times, it would be curd rice and if they were lucky, a mango would savour it. Their financial status was threatening at times, but never their inner strength.

One cosy night, her mother had asked, “Isn’t the moon beautiful?”

“Yes Ma, it is,” Kishore and Karuna replied together.

The little ones eagerly looked into her eyes.

“It holds no pride when growing, neither loses hope when shrinking. See, how easily it teaches you an important lesson?” She smiled.

The cute heads nodded in accordance.

Karuna’s mother always taught the children the morals of life through nature. She was the strong rope of hope that held the family together despite rough times. Soon Karuna’s father got a job in the city and in years the two were well settled. Their house was later transferred to the duo’s name. When Karuna talked to her brother about selling the house, Kishore not just agreed but also came forward to give his share to her, knowing the reason behind it. He was indeed proud of his sister.

Three years after marriage, when Karuna and Abhishek decided to start a family, the news arrived like a live grenade. Abhishek’s mother Sharada was diagnosed with cancer. They could have proceeded with the chemo sessions, but the doctors confirmed it was only a mere chance of survival and nothing could be guaranteed. Because of this reason, Abhishek and his father had wavering thoughts. They arrived at the conclusion to keep her happy as much as possible. Even Sharada was ready to welcome her fate with open hands.

But Karuna was not ready to quit and stood by, as she was the only one who knew the secret that Sharada had shared about Abhishek, because Sharada felt as his better-half Karuna needs to know all about him.

“When Abhishek turned one, he did not walk like other kids. I was very worried. We tried to make him walk. It was then we noticed his left leg seemed a little bent. At that time, we were staying in our village as Abhishek’s father was working in Dubai as a construction worker. He would get to visit us once in two or three years. So I refrained from sharing my problems, as I didn’t want to burden the already toiling man. My mother was quite old, yet she was supportive, and we tried all possible treatments. I was desperate to make him walk and listened to any possibility that would turn fruitful. That’s when an old lady in our village told me to try something. She said to pour the rice water on his legs while it was still warm and bearable for the child and give a towel massage. She said it was powerful. I began doing it right away. But the amount of water from our household alone was not enough. So I asked for help from our neighbours. Initially, it seemed fine, but as months went by, the process turned exhausting for them.

After lunchtime every day I stood at their doorstep with a big vessel to collect the water, almost like a beggar. It pained. Sometimes their frown would indicate me to just walk away. Even though tears overpowered me, I took in all the unwanted looks for nearly two years because I wanted my son to walk like other kids. To date, I never know if that’s the reason, but Abhishek started walking slowly. I did not reveal this to anyone, including his father.”

Even before she completed, Karuna was in tears. She has noticed his left foot was a bit curved but never felt like questioning him. Many nights, she would think about how Sharada had pulled through those tough times. Would she be able to do something like that? She had questioned herself but never arrived at a conclusion.

“Your mother never gave up on you. If not for her, either you would have limped or would have been confined to a wheelchair all your life. How could you quit so easily?”

When Abhishek didn’t show much interest in pursuing the treatment, Karuna felt like screaming at him from her heart, but that meant she had to spill the truth Sharada had safely buried deep. So she remained mute.

After gently circling the waters for some time, she stood up to leave. The stillness of the night did whisper in her ears. She felt the full moon and the serene environment had restored her hopes. The leaves stroked in acceptance.

The next day, Karuna and Sharada were ready to start to the hospital. She couldn’t deny Karuna’s love for her.

Was it his conscience or her determination? Which needle pricked him? Without guessing more, Karuna was happy to see the change of heart in him as he held Sharada’s hand firmly.

It was yet another battle for Sharada, only that this time she was not alone.

The cue is from her book In Search of Heer.

“The breeze bullied the reeds forcing them to swish and sway to its vagaries, forwards and backwards, this way and that. Everything was as it had been yesterday and the day before. The cuckoo bird continued its ‘coo-coo-once-is-not-enough-here’s-another’, coo-coo call, pleased with its own poetics, its rhythm unfaltering. So much had transpired, yet nothing had changed.“

Image source: a still from the film Ishquiya

Are you a woman entrepreneur doing cool stuff? Fill up our form here and we may feature you! To join the entrepreneur group in your city, simply whatsapp us at +91 7022826757 with your name, city, and 1 line about your work.

The post This Time Her Mother In Law Would Have Her Support, And Wouldn’t Alone! appeared first on Women's Web: For Women Who Do.