‘If You Bend First For The Mala, You’ll Have To Bend For The Rest Of Your Life!’ 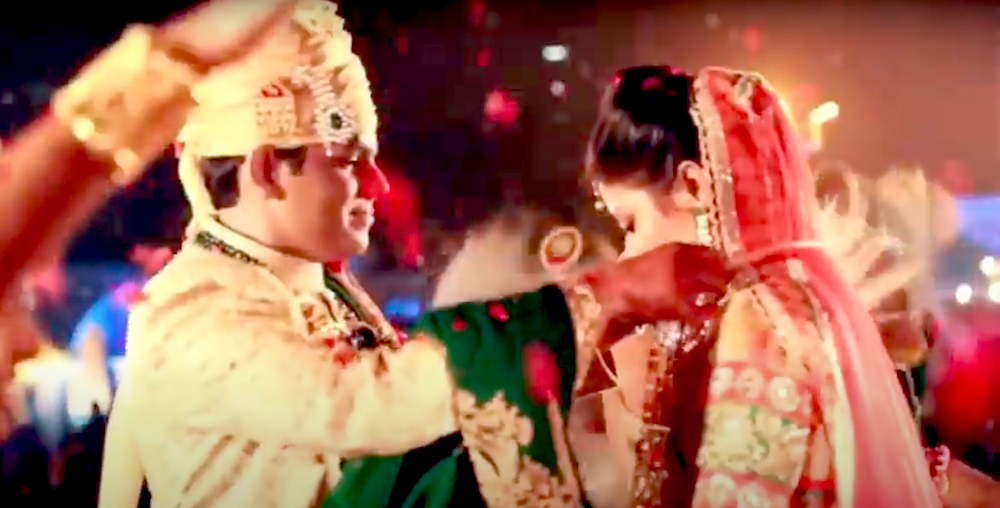 “Why did you bow?” One of his friends looked at him with deep disappointment. “You are now destined to be a joru ka gulaam for the rest of your life.”

I remember the day I got married. Nothing surprising about that of course since most people remember the day they got married. Of course, there is always that one moment that we can recall particularly lucidly. I do too. No, it isn’t the moment when I walked into the ornately decorated pavilion and saw him waiting for me (though that was very special indeed) nor the moment when the priest concluded the elaborate ceremony and declared us husband and wife.

Actually, that one moment which will always remain firmly etched in my memory is when we exchanged garlands. I will never forget that moment.

The irony is that I will never forget that moment even though it wasn’t so much about us, it was more about everyone around us.

A war about who will bend the most in the marriage?

Like two warring nations, the boy’s side and the girl’s side. ‘Don’t bend, don’t bow,’ each of the sides screamed at their respective representatives (aka my fiancé and me). This was followed by a lot of hysterical pushing, pulling, and tugging. ‘The one who bows first will have to bow in front of the other for the rest of your lives,’ someone suddenly shrieked. ‘So don’t bow!’ I don’t quite remember who it was, all I can recall is that the pitch of the shriek was so high that it nearly busted my right eardrum.

Now I have to confess that it was my fiancé who bowed first and honestly, it made perfect sense didn’t it? After all, he’s at least 8 inches taller than me. Of course, neither of us took it seriously but I swear I could hear a collective groan from his side of the clan when he finally leaned forward and lowered his head so I could drape the flowered garland around his neck. There was also a simultaneous whoop of triumph from my clan, almost like a long-waging war had finally been concluded and the winner declared.

I suppose both sides truly believed (at least at that particular moment) that it was now evident who was going to call the shots in this relationship. “Why did you bow?” One of his friends looked at him with deep disappointment. “You are now destined to be a joru ka gulaam for the rest of your life.”

Should a marriage be a war or a home built with love and trust?

Treating each other as equals right from the beginning was what formed the basis of a fair, unbiased relationship. Of course, that doesn’t mean that we didn’t have our differences, we did and still do. In fact, both of us are headstrong, emotional individuals with strong opinions, and sometimes vehemently disagree with each other. What is nice however, is that while we may have had many a frequent battle, it has always been ‘a battle of words’ or ‘a battle of opinions’ and never, ever ‘a battle of egos’.

Perhaps it might be time to also think about doing away with traditions like the bending and bowing, because while some people might think it is just banter that takes place in the spirit of the moment and other more ardent ones might want to establish the ‘calling of the shots’, marriage is not banter and neither is it about calling the shots. Marriage is a relationship between two people, two equals. And since the basis of a fair relationship is always equality it would be nice to do away with practices that disregard that equality.

After all, as they say and I couldn’t agree more, “The truly great marriages are always equal partnerships.”

The post ‘If You Bend First For The Mala, You’ll Have To Bend For The Rest Of Your Life!’ appeared first on Women's Web: For Women Who Do.